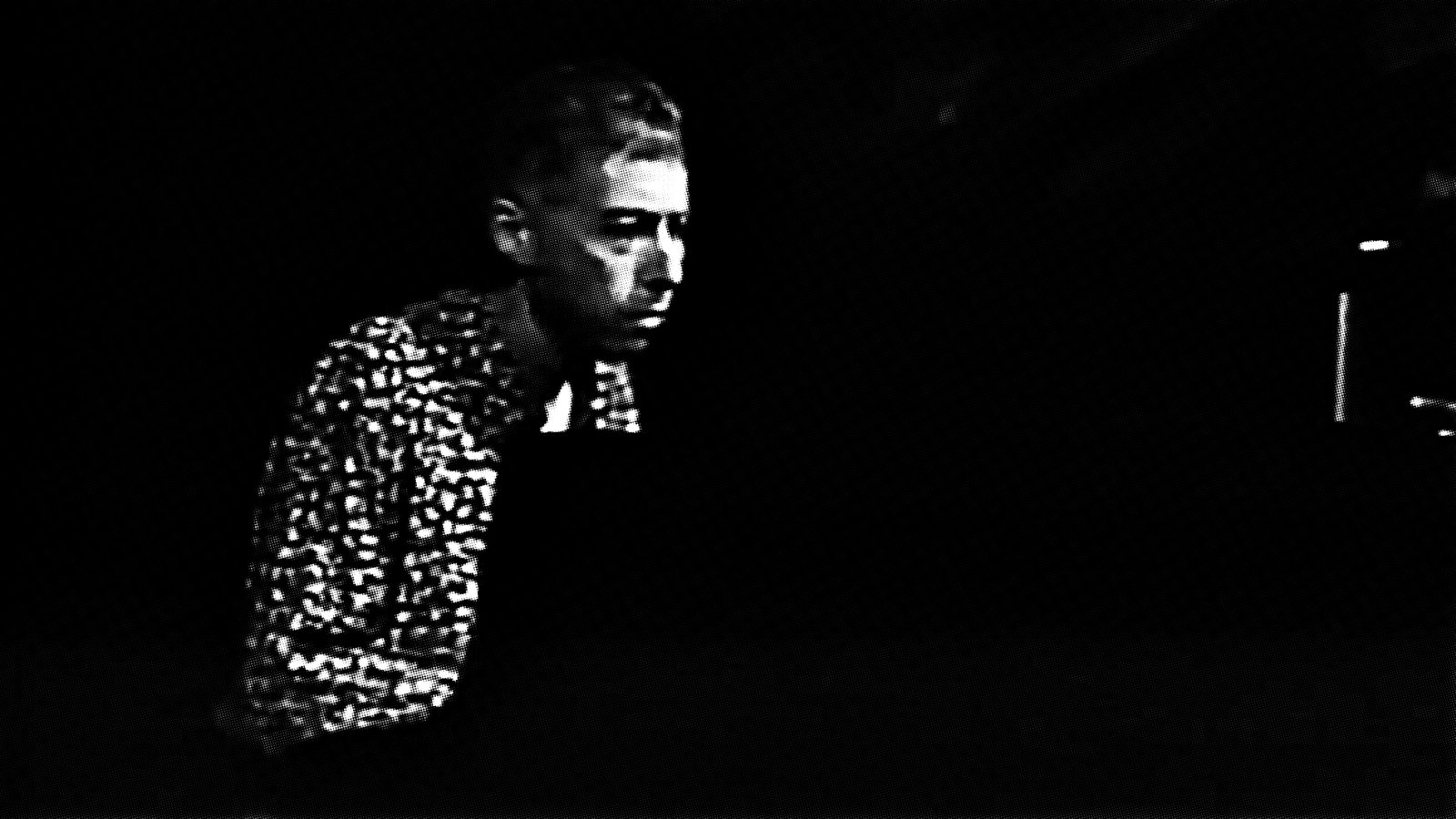 Here’s a video of Harold Budd and Laraaji making luxurious music within Jameos Del Agua, a series of lava caves on the Canary Islands. This happened in 1989 at something called the Lanzarote Music Festival. Unfortunately, they aren’t seen making music together, which would have been something. The two take turns at their own songs. At the time, this type of gentle music, often ruthlessly categorized as “new age,” required an overlay of ocean waves and other nature scenes when presented on video. I’m glad that we’ve gotten over that visual temptation, for the most part, when it comes to ambient music.

Tom Waits – Big Time → Tom Waits’ Frank’s Wild Years is a longtime favorite album of mine.1That album followed Waits’ Swordfishtrombones and Rain Dogs, completing one of the great album trios in recorded music. In 1988, a concert film from this album’s tour was released, titled Big Time. The movie is beautiful, and the performances of the songs are creative and mischievous. It’s as good as Stop Making Sense, in my opinion (that Talking Heads concert film was probably an influence on Big Time). Big Time has been missing all these years, only available via used DVDs and extremely low quality torrented files. But! Without fanfare, Big Time suddenly appeared to stream on Amazon Prime Video at the beginning of the month. Watch it. (Side note: fingers crossed Laurie Anderson’s digitally unavailable Home of the Brave follows soon.)

ECHO: The Music of Harold Budd and Brian Eno → ECHO is billed as a YouTube documentary about the early ’80s collaborative relationship of Brian Eno and Harold Budd. In actuality, it’s a mix of music from their classic albums The Plateaux of Mirror (1980) and The Pearl (1984), accompanied by snippets and quotes from interviews. The visuals are suitably ambient — dreamy pastures, scrolling snow-fields, and misty cityscapes. The video does have some interesting bits, including Eno pointing out various ‘treatments’ and even identifying tools like the Lexicon Prime Time delay. Despite the occasional commentary, the 40-minute film ends up as soothing and hypnotic as the subject albums. Hat tip to Sasha Frere-Jones, who listed this today in his always illuminating email newsletter.

Rimarimba – Below The Horizon → I recorded my first ‘album’ in the ‘80s, and it was cassette-only. I was a part of the self-released cassette movement (as documented in the book Cassette Mythos), even having my ‘albums’ reviewed in a few ‘zines. I still remember a friend of mine, also active in the cassette underground, telling me one day: “I know why all this music is released on cassette. Because it’s not good enough for vinyl.” Ouch.

There might have been a little hard truth in that. I mean, just revealing that I recorded some cassette albums in the ‘80s has me a bit nervous, because I would hate the fine folks at RVNG Intl. or their Freedom To Spend side-imprint track down these cassettes and offer to release them. Because they really weren’t ready for vinyl. In retrospect, they were quaint but kind of terrible (btw – Ira Glass is right). But that’s not the case with Rimarimba, an artist who I’d not heard of until today and who seems to have once existed on the edges of the ‘80s cassette underground.

That said, Below The Horizon might not count — according to Discogs — as it was released on cassette in 1983 but made its way to rare-ish vinyl in 1985. And, this time, it is good enough for vinyl. What’s not to like? The first couple of tracks sound like Penguin Cafe Orchestra playing the last 30 seconds of Faust’s “The Sad Skinhead.” If that doesn’t sound wonderful to you, then … still give it a try. And then this final track, titled “Bebang,” is 20+ minutes of layered, ringing guitar loops and riffs, a fanciful, improvised toy synthesizer line, and a subtle tick-tock rhythm that helps the song’s time pass in an instant.