Music streaming service SoundCloud has struck a licensing deal with UK-based music rights group PRS for Music, settling a lawsuit and in turn clearing an important hurdle on its way to launch a full-fledged music subscription service. Now, the company just has to get other rights holders back to the table.

SoundCloud has been working for some time on launching a paid subscription service similar to Spotify or Apple Music. However, the company also wants to keep user-generated uploads, remixes and DJ sets on its platform. To this end, it has been looking to offer rights holders the ability to monetize user-generated uploads, similar to the way YouTube has been doing it in the video space.

MBW: Do you get a genuine sense from SoundCloud’s side that they have a business ambition to succeed with a subscription platform – and that they’ll remain solvent long enough to do so?

Robert Ashcroft (PRS CEO): It’s clear from our discussions with them that is their intent. I know they have good financial backing. We’re very hopeful that this will be a major service. It has its own particular personality and there’s room in the market for lots of different takes on music services. We do believe that they’re sincere in the evolution of their business.

MBW: Vevo’s looking at a subscription service, Apple Music is already one; Spotify’s conceding ground on the ‘everything free’ rule; YouTube’s even launched Red – a paid-for tier. Now SoundCloud is starting to behave itself. Is there something in the air?

Robert Ashcroft: We very much hope so. We’ve been very public about our feeling that the playing field has not been level between the different kinds of services. We’ve called on the European Commission to examine the boundaries of who can benefit from the hosting defence under safe harbour legislation and who cannot. We’ve called for a clear distinction between those services that are purely passive, like DropBox, and those that are active in that they provide search, curation and various other means of accessing music. We’re in similar discussions with YouTube. My aim is to create a climate were copyright is valued on the internet, and where all of these services can compete with each other on a level playing field.

The erosion of intentionality is a disassembling of personality. This condition can deprive us of the agency of our thoughts.

Anonymity and mystery is a tricky business. And in a way, revealing identity is a gift — we listen to the music differently with knowledge. 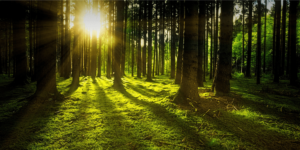