It’s the last day of May, so it’s time to reveal this month’s music recommendations. For each month of 2022, I’m keeping track of the great music I run across on Bandcamp — mostly new but some old, but all new to me — and compiling the songs in a BNDCMPR playlist. May’s selection starts jagged and indie-dubby before giving way to an extended run of atmospheric mood vibrations. The DJ in me can’t resist putting thought into the sequence, so be sure to listen in full, from beginning to end. This one’s an inside job.

There’s some fine commentary in today’s edition of Todd L. Burns’ always excellent Music Journalism Insider newsletter. Todd interviews a few folks who are known to write intelligent things about music in each edition. This time one of these is The Quietus‘s Luke Turner, who has some withering words for his peers who focus on writing about artists that grab the most SEO hits:

To focus so excessively on corporate pop often designed to feed tech algorithms excludes not just what was always the underground, but also those who 20 years ago would have been able to have a good underground-adjacent career. It’s an old joke that people say we make up the artists in [The Quietus] ‘s top 100 records of each year, but I wish that more publications did deep dives that ignored genre, profile, the established music industry, what works on social media or what they feel they ought to be covering. I would like to see more focus on creative graft rather than pop grift, and more skepticism of consensus. What’s the point of knocking down the hoary and hairy old rock canon only to replace it with a different yet equally boring one?

Also among this edition’s interviews, TV/podcast producer Greg Heller hits the nail on the head when it comes to why I can’t watch most music documentaries these days: “So often I can feel that the filmmakers want viewers to understand why THEY love these musicians, rather than present who these musicians are to let us decide if WE love them too.” And Greg says he’s working on a documentary series about the “strangest, least likely bands snared in the post-Nirvana dragnet of major label signings.” That sounds like some Butthole Surfers content, so count me in.

wired.com
This Punk Band Will Definitely Land in Your Spam Folder
It’s a tough digital world out there for a musical group called Viagra Boys.

The internet age creates additional considerations when coming up with a band or artist name. Usually, that comes down to not naming your band something that’s impossible to have a chance in a Google search on its own, like “Spatula.”1Oops. There are at least three bands called Spatula. But I never thought about names that make the spam filters go into overdrive until reading this piece in Wired:

The misunderstandings began immediately after they formed. “We had a Facebook page, and we were getting all sorts of weird DMs from men all over the world,” says Murphy. “They were like, ‘How much to buy?’ They thought we were some sort of vendors.” And then they’d have the same conversation over and over again. “‘We sent you guys an email.’ ‘No, you didn’t.’ Everything ended up in spam.” Now, clunkily, every promo email from the band promises material from “”V**gra Boys” and then immediately explains “(**= “ia” because spam FILTERS).”

Says the band’s publicist, Ryan Cunningham, “For the past four years I’ve only used that. Their manager, Oskar Ekman, advised me from day one to never write the actual band name in an email. During an album campaign, I check my spam as regularly as my inbox.” 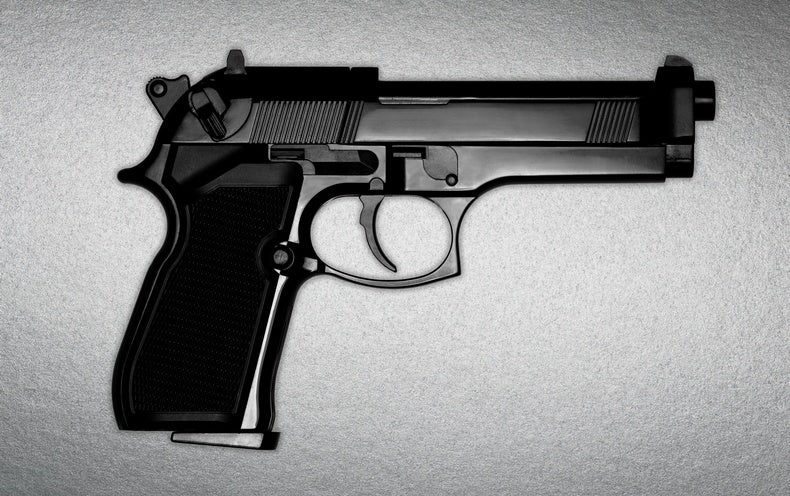 scientificamerican.com
The Science Is Clear: Gun Control Saves Lives
By enacting simple laws that make guns safer and harder to get, we can prevent killings like the ones in Uvalde and Buffalo

Science and facts, with linked citations. It’s essential to know these things, to brace oneself mentally and rhetorically against the gaslighting of being told obvious truths are ‘politicizing’ or ‘propagandizing.’ I doubt this editorial will persuade anyone not already convinced. Still, you and I should stay resolutely aware of the reality (and, yes, horror) of the present situation here in the USA. It’s the only way we have a chance to fight it.