Not only has Spotify acquired Gimlet Media, a podcast producer and network, for around $230 million but it has also bought Anchor, a startup that makes it easier for people to record and distribute their own podcasts.

The company says it isn’t done — it says it has other podcast acquisitions in mind, and that it expects to spend up to $500 million on deals this year.

Spotify is taking the Netflix model, in short. As the company grows, it’s inevitable that established record labels will start charging higher licensing fees. Podcasts, however, is something that Spotify can buy and own as exclusive content. If it green-lights the right shows, it could pull users away from third-party podcast apps and then slowly persuade them to take out a premium subscription. Anchor, too, gives Spotify the potential to rapidly build a YouTube-style distribution network.

The Gimlet Media deal is a glimpse of where Spotify is headed, but, coupled with the Anchor acquisition, we’re seeing the platform’s transformation into a different kind of company. As Spotify co-founder and CEO Daniel Ek in a press release, “These acquisitions will meaningfully accelerate our path to becoming the world’s leading audio platform …” Thus, it’s no longer a music platform.

It doesn’t matter if no one is reading — the act of putting your thoughts down in a public arena is medicine for gathering ideas and inspiring confidence. 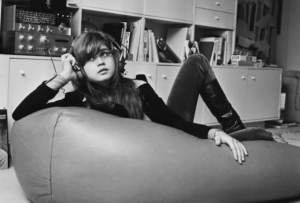 It’s reasonable to imagine a few different songwriters coming up with similar melodies. But should we consider that plagiarism?