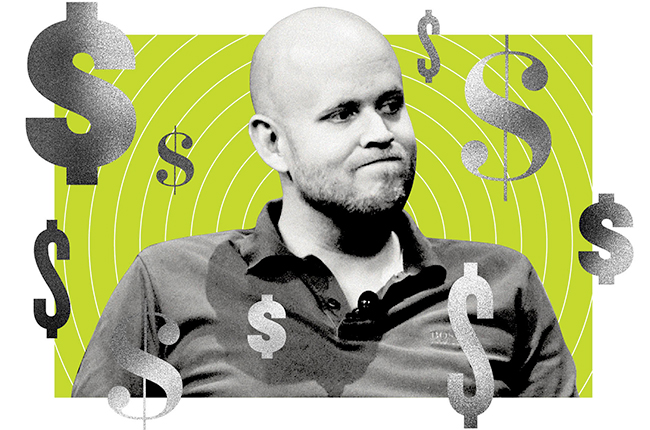 billboard.com
Spotify’s $150 Million Legal Tangle Explained
Why has Spotify been made the target of a $150 million class action lawsuit led by Cracker frontman David Lowery? Because it doesn’t always know which publishers should be paid…

For publishers, purchases result in mechanical royalties that are paid by record labels, which must match their recordings to the associated songwriters and pay the publishers accordingly. In contrast, streaming royalties are paid by the streaming service, shifting the administrative burden to companies like Spotify. Both purchases and on-demand streams require mechanical licenses to be obtained from publishers. This is where Spotify appears to have problems — it does not have publishing licenses for all the songs it streams.

A key problem is the compulsory license used by subscription services. A subscription service doesn’t need to secure mechanical licenses from publishers in advance of adding their musical works to its catalog. It can send what’s called a notice of intent and simply pay the appropriate royalties. But it’s not quite that easy in practice.

Because record labels are not required to provide publishing information associated with their sound recordings, services don’t always know which publishers they’re supposed to contact and pay. The end result is an incomplete record of songwriting credits and publishers for tens of millions of tracks.

Major music companies, which have equity in Spotify, want the streaming space to grow and believe imposing damages “could trigger mutually assured destruction,” one industry participant told Billboard. That could explain why some publishers are trying to reach a resolution with Spotify through the NMPA that would deliver back royalties in return for foregoing legal action.

Here’s the thing about copyright law: historically, as new technologies come along, copyright has a lot of trouble dealing with them. And, typically, the pattern is that the industry freaks out and tries to stop the new technology, but eventually someone duct tapes on a new bit of copyright law to cover it. Unfortunately, this means that there are all these weird periphery sections of copyright law that are supposed to apply to specific circumstances, which then get made obsolete by later technological situations, and it leads to lots of confusion and anger… and lawsuits.

There is also a complex bit of copyright law, known as Section 115, which gives the specifics on compulsory licensing of mechanical licenses in certain circumstances, if certain rules are followed. But here’s the crazy thing: it’s 2016 now, streaming services have been around for years, and still no one’s entirely sure if Section 115 compulsories actually apply to them. It’s never actually been tested and many services (including Spotify) assume they do, but a potentially big question is whether or not they really do.

Spotify can (and likely will) argue that it complied with the rules required in Section 115(b) for a “notice of intention” in order to get the compulsory mechanical license. Basically, Spotify would argue that it did what is necessary to get a compulsory mechanical license when it was unsure of who held the publishing/songwriting rights on a song. If it actually did do this, {David} Lowery’s case may be dead in the water — though I’m guessing Lowery’s lawyers will argue that it failed in some aspect of properly using Section 115 — or, as mentioned above, that Section 115 doesn’t actually apply to streaming services. If Spotify did not actually follow Section 115’s rules, then Lowery’s case suddenly is a lot stronger. Similarly, if a court suddenly determines that Section 115 doesn’t apply… well, then a lot of streaming services are in serious trouble.

sammyandrews.com
Re that Spotify Lawsuit – WE – THE MUSIC INDUSTRY – are at fault …. | Sammy Andrews
No description found.

Make no mistake, people … we – the music industry – are at fault here. Our data is fucked and in some cases non-existent. We all know it.

Some labels / distributors don’t upload the relevant meta or do and it’s corrupt and thus this situation arises. We need a global rights database … we’ve needed one for years. It’s time for this to be actioned properly with full support from every corner of the business. Until now much of the industry has been a bunch of lazy bastards cutting corners or uploading bad data at the expense of our life blood – the artists. That is unacceptable. If the meta was there Spotify would pay.

And despite having blanket licenses in place we are letting the services we deliver to take the blame for our industry-wide tardy incompetence. It actually saddens me that of all the digital service providers {David Lowrey} could have chosen to go after he’s going after one that actually recognizes this fact and are actively trying to build one. If Spotify are found to be at fault here every DSP will be guilty of this without exception. But I believe the fundamental fault here lies with us, the industry. Not the service … and we have a collective responsibility to sort this out.