I was pretty excited to see Chrome featured on Bandcamp Daily. The piece is an excellent overview of the pioneering San Francisco duo, revealing more than a few tidbits I didn’t know. The article is understandably from guitarist Helios Creed‘s perspective (as band partner Damon Edge passed a couple of decades back), and he takes a lot of credit. But there is something to be said about Creed’s spiraling guitar lines and bizarro feedback treatments, sounding like nothing else in the late ’70s — someone that ahead of time was likely the main driver pushing Chrome to the, uh, edge.

Chrome has sadly remained under the radar even though their influence is apparent throughout the last forty years of the freaky-deeky side of rock n’ roll. For example, the Butthole Surfers definitely got their hands on a Chrome album or two in their formative days.

I initially found Chrome in my mid-teens through the “New Age” video (probably seen via Night Flight). I was always on the hunt for weird shit™ to help me escape the confines of life in Central Louisiana, and “New Age” fit the bill. The song — and Chrome’s output at the time — was a remarkable portent. It signaled many things on the horizon, both sonically and culturally. Check the cyberpunk current running through the “New Age” video, which also pays homage to A Clockwork Orange and THX 1138. 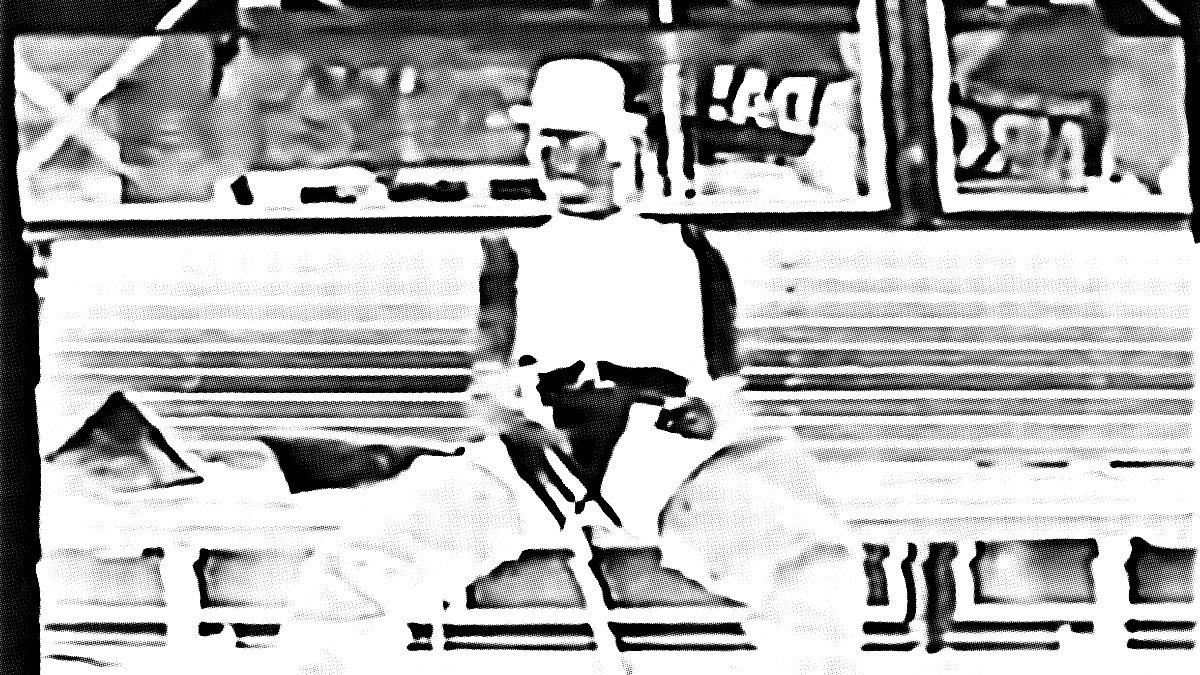 Around the time I discovered Chrome, I also encountered Cabaret Voltaire’s Red Mecca. That’s not too far off of a connection — Chrome were, in a way, the American Cabaret Voltaire when one looks at their respective experiments recorded in the late ’70s and early ’80s. And as many accept Red Mecca as a dark reflection on England’s Thatcher years, Chrome’s 1980 album Red Exposure (colorfully aligned!) could be seen as a similar reaction to the national mood that brought the US into the Reagan era.

And listen to Cabaret Voltaire’s “Landslide,” taken off Red Mecca. My favorite DJ in the world will be the one who sublimely mixes this with “New Age” in the middle of a packed-out ’80s night somewhere. 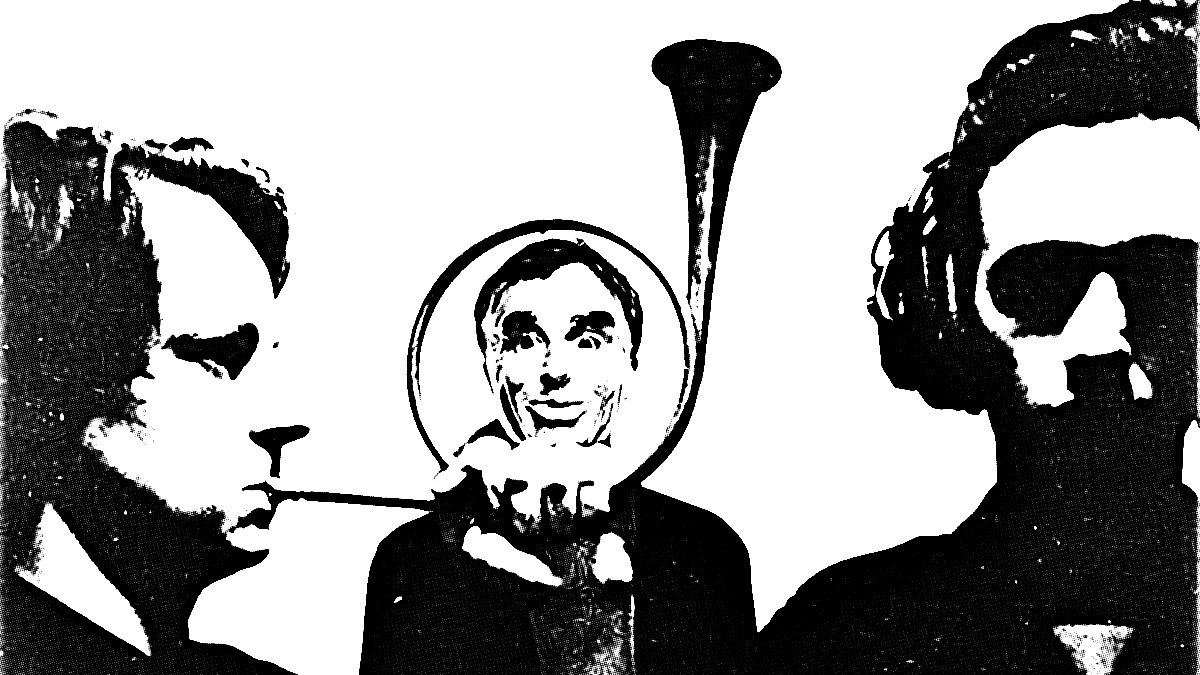 I’m torn. YouTube is a repository of things otherwise impossible-to-find or out-of-print. It’s the only public place where you can hear Kraftwerk’s disowned early albums or watch Keith Levene abuse a Prophet-5 as PIL runs through “Careening.” These things are on YouTube because of fans and super-fans, noting a cultural absence and taking matters into their own hands. But no one’s getting paid, except for YouTube. And maybe also the uploader who unscrupulously turns on the monetization of a vintage work that’s not theirs.1The Chrome and Cabaret Voltaire videos above were uploaded respectively by Helios Creed and Mute Records, so they are welcome to monetize to their hearts’ content. That’s why I’m torn.

But discoveries like The Black Tower make YouTube seem all right. The enigmatically but actually named John Smith is a British avant-garde filmmaker whose work escaped me until I randomly peeped an exchange about The Black Tower on the Twitter machine. From what I’ve recently seen, Smith’s work is minimal but compelling, weaving stories and visual play from things noticed in his immediate surroundings. For instance, the 1975 short film Leading Light looks entirely shot in his bedroom.2Sharp eyes might spot The Velvet Underground. This article in Senses of Cinema digs further into Smith’s ‘familiar-but-unfamiliar’ approach.

The Black Tower is a 23-minute film released by Smith in 1987. The super-fan uploader didn’t monetize this, which is nice — The Black Tower is the sort of thing that should remain free of ads; otherwise, its spell is broken. “Architectural horror” is an intriguing phrase I saw to describe the film. For me, The Black Tower is like a campfire ghost story, except it’s told next to a darkened chip shop in a disused city alleyway instead of a campfire. 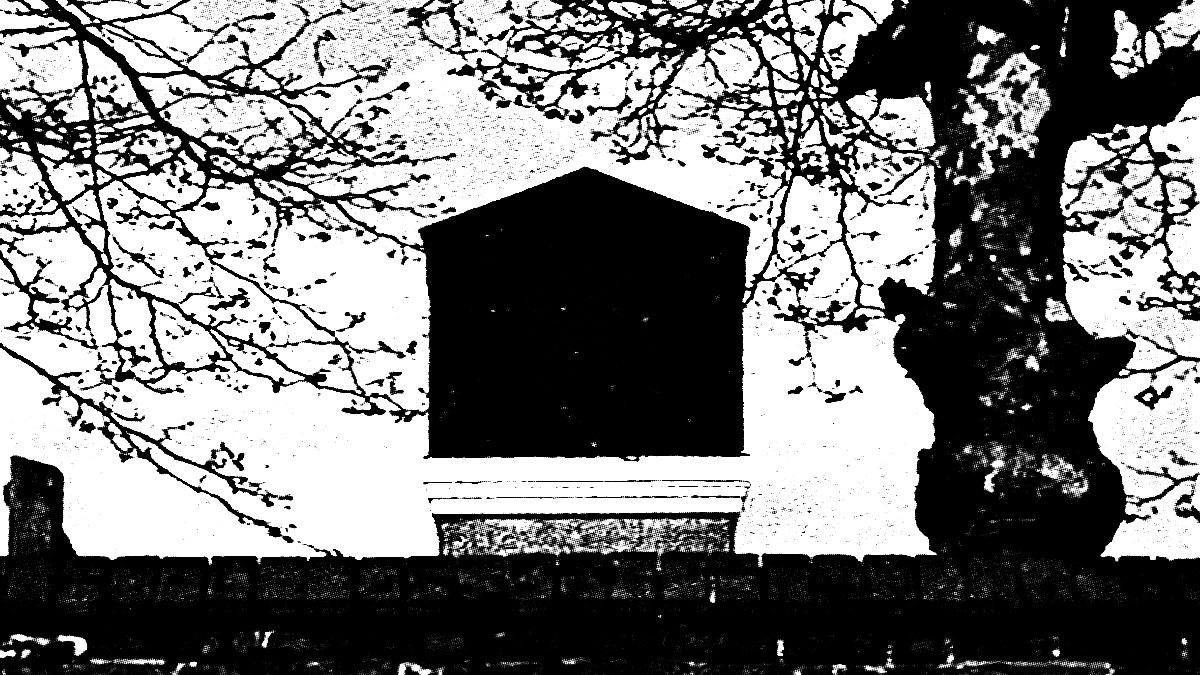 The Black Tower mainly comprises of stationary shots of nothingness and near-nothingness, but this is gripping stuff. And inspiring, too — don’t let anyone tell you lack of budget and gear constrain triumphant acts of creativity. Just get that Black Tower out of your head.

I often wonder why more artists don’t exploit that a Bandcamp download can contain more than just audio files and an album cover. There’s an opportunity to expand an album, to add GIFs and short movies, PDF booklets, and collections of images. Surprise the listener with digital esoterica, revealed only upon purchase and download.

The concept’s potential is a natural fit for Puremagnetik. This small company is developing unique audio plug-ins for creators while manning an active experimental label on Bandcamp. Ambient explorer Taylor Deupree has released Small Winters through the label, and something new from Taylor is a cause for celebration on its own. Taylor is a longtime master of the is-it-broken-or-intentional style of soundscape as he loops warm tones over crackles and randomly conjured defects. The sources for these tones are often something other than synthesized — on Small Winters, you’ll find a glockenspiel. If you’re into this flavor, Taylor doesn’t disappoint. I’m a fan.

But there’s more in store for those who download Taylor’s latest. The album’s title, Small Winters, is also the name of a DAW plug-in designed by Puremagnetik’s Micah Frank with prodding from Taylor. “Taylor suggested that a custom device might be an interesting way to constrain the album’s sonic palette,” says Frank. “We bounced some ideas back and forth and came up with this concept of a broken Tascam 4-track from the future.” Purchase this release on Bandcamp, and you’ll find a text file bundled with the tracks outlining instructions for downloading the plug-in.

The album prominently utilizes the plug-in throughout, most notably on “Long Winter,” which treats the glockenspiel with percolating layers of static-tinged stereo-enhanced repetition. The result is beautiful; the hard attack of the ‘spiel is softened by reversed effects, low-end ghost notes, and a healthy dollop of artificial tape hiss. An ARP 2600 eventually joins in with hints of a glimmering, subdued melody.

“Long Winter” is followed by a series of shorter tracks with uncapitalized titles like “air” and “tea.” After the set’s preceding magnum opus, these might come off more like mere demonstrations of the included plug-in if the cuts didn’t fit snuggly within Taylor’s body of work. I know Taylor and Small Winters don’t rely on a plug-in for beautiful, melancholic atmospheres. But I can’t tell if this plug-in requires Taylor to come close Small Winter‘s remarkable sound. I’ll have to play with the included plug-in and figure that out for myself.