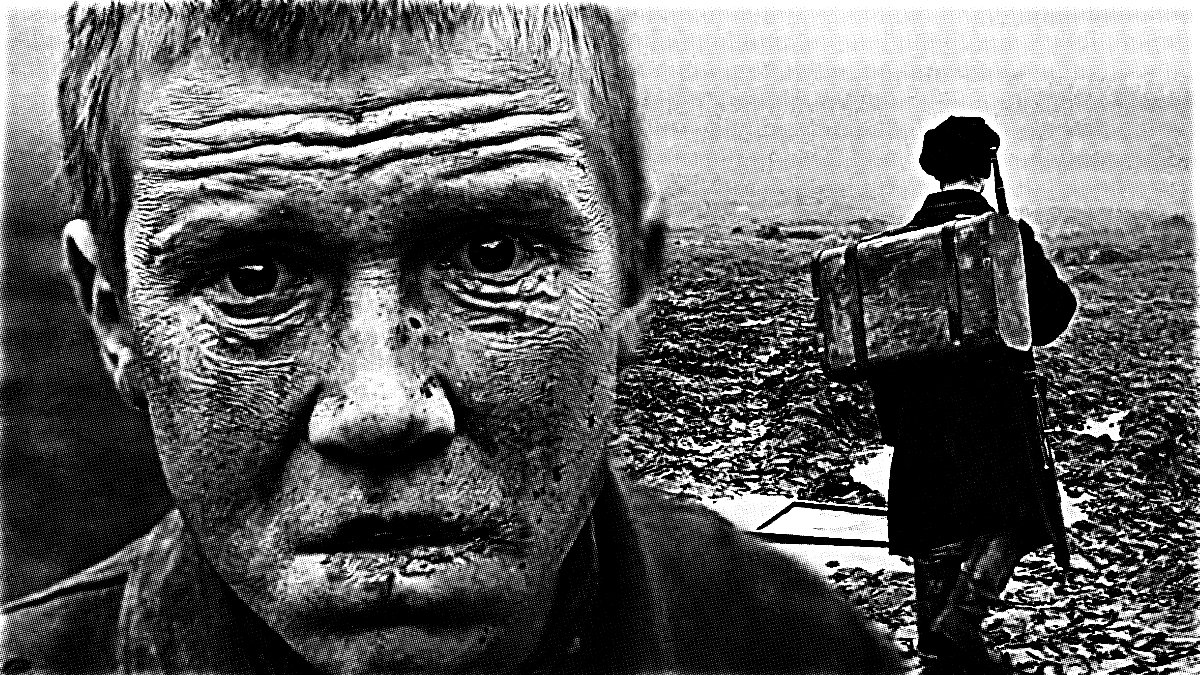 Come and See is a Boschian vision of war falling out of a maddening nightmare. It’s a horror movie made all the more terrifying and tragic in that its lessons remain unlearned, its warnings unheeded, its trauma unresolved. Last night, as I watched the film unfold from the safety of my living room, the people of Kyiv experienced their third night of terror. No lessons learned. Devastating.

Here’s a good essay from author Steve Huggins on Come and See which contains this summation of the film’s plot and theme:

The central character of Come and See is Flor, the 14-year-old boy who represents the Russian people. He joins the partisans, loses his family to the Nazis, and then witnesses first-hand the annihilation of an entire peasant village. At the end-credits he disappears into the Russian forest with the partisans. Nothing in the film takes place outside Flor’s immediate experience. We see all the action through his eyes. But is he fully innocent of his own village’s destruction? A dying villager appears to blame him, saying “I told you not to get the gun.” Is Flor willingly complicit; can we read his survival as a form of collaboration? At one point Flor sleeps on the carcass of a dying cow whose eyes roll helplessly in their sockets. Like Flor himself, the bewildered cow takes in everything, but comprehends nothing but the terror.

In his essay, Huggins notes that the film marked a sea change in Soviet/Russian culture and attitudes, foreshadowing the approaching Glasnost era. The piece also shows parallels with present attempts by the Russian state to rewrite history in order to manipulate public sentiment. Again, from the essay:

Aleksandr Shpagin judged Come and See “…the apogee of war as religion.” He is most certainly wrong. To interpret war as religion, it must be imbued with mystical qualities and heroic – if not superhuman – characters. Indeed, Soviet war films of the 1940s through 1960s did just this. Self-sacrifice and fevered patriotism ennobled its participants and legitimized the Soviet experiment. Come and See is the antithesis of these goals.

This observation from Will Stone of 3:AM Magazine rings eerily familiar to the present conflict/invasion:

In terms of the viewer’s emotional upheaval after watching it, Come and See has little to do with what people consider a conventional war film. It is a film about internecine human atrocity, the sudden and brutal loss of innocence, the impotence of the guileless, the appalling rupture of benign rural communities by technologically enabled destructive forces spewing from a poisonous ideology. It is about how men are capable of committing the most heinous acts at the frayed end of a psychopath’s ideological whip and how the stain of unhinged reasoning spreads into a destructively motivated crowd, but also how the determined victim collective produces an equally powerful will to resist the occupier and bring justice or at least survival to the subjected.

YouTube essayist Josh Matthews also inadvertently relates Come and See to the invasion of Ukraine — inadvertently because he recorded these thoughts in August 2020:

This movie is called all over the internet an anti-war movie. I very strongly disagree with that label. Anti-war generally means pacifist or near-pacifist. That is, someone who won’t fight in a war or refuses to take part in a war because war is just too devastating … but I think this movie is actually an anti-invader movie instead of an anti-war movie.

Eli Friedberg of Film Stage describes Come and See in an accurate and lyrical description, noting that nature plays a major role as an innocent but unflinching bystander:

Klimov’s technique, and thus the film’s sense and layering of realities, is intentionally chameleonic, shifting back and forth between cold-eyed realist war memoir and surreal impressionist nightmare–a reverie in which dreams, myths and visions meld seamlessly into the dispassionate facts of history and the conscious artifice of the cinema. In these mesmerizing stretches ambient sound surges and plummets; characters gaze eerily into the camera with shimmering ghostly eyes, uttering anguished cries and otherworldly portents. While not invoked by name, the spirits and customs of East European folklore hang heavy over the film–in sets, in incidental dialogue, in the persistent presence of animals as symbols and messengers. Like Terrence Malick, Klimov presents the natural world and folk culture as a space of prime and savage spiritual order, a transcendental flow violently interrupted by the intrusion of the twentieth century’s industrial war machine with its industrial secular ideologies, a shapeless but terrible behemoth which permits no spirit, faith or love to exist in its wake.

He would never make another film after Come and See, which is just as well. It has a way of making most other films feel utterly superfluous. Has any work ever reflected the adage “war is madness” more powerfully? … As a travelogue of hell, a catalog of horrors, and a single-minded transference of never-to-be-resolved historical traumas, Come and See has not, to my knowledge, been topped. If it ever should be, the result would be unendurable.

Finally, the use of sound and perspective in Come and See are both amazing and you can understand why by watching this video essay from The Cinema Cartography:

Come and See is harrowing but you should absolutely watch it. It’s streaming now on The Criterion Channel, rentable from other digital outlets, and also floating around on YouTube if you do a search (though the video quality there won’t do it justice).