Spotify is in talks to acquire Gimlet Media, multiple sources tell The Hollywood Reporter, as it sets its sights on becoming a bigger player in the podcasting space.

The move by the music streaming giant signals just how seriously it is taking its push into other forms of audio entertainment. Spotify and Gimlet representatives declined to comment. […]

By acquiring Gimlet, Spotify would tap into a podcasting production powerhouse that has churned out such hits as Heavyweight, scripted series Homecoming and Reply All.

This is an interesting development and adds extra context to our earlier post regarding how Spotify can rebrand as an audio platform rather than solely a music platform. Gimlet is a smart company. I am sure they would not agree to this arrangement without assurance that Spotify will prioritize and enhance the podcast experience on the service.

The report notes that Gimlet owns its intellectual property (thus, the content of its hosted shows) which the company can leverage into film and television adaptations, among other possibilities. That adds an extra dimension to Spotify’s plans. One of those shows is StartUp, which, at times, documents the inner workings of Gimlet in real time. I’d love the network to add new Gimlet-related episodes that follow the progress of this Spotify deal.

By the way, I’m a fan of the Gimlet show Reply All. If you haven’t heard it yet, this episode about an Indian telephone scammer is fantastic. 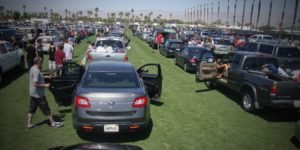 The erosion of intentionality is a disassembling of personality. This condition can deprive us of the agency of our thoughts.